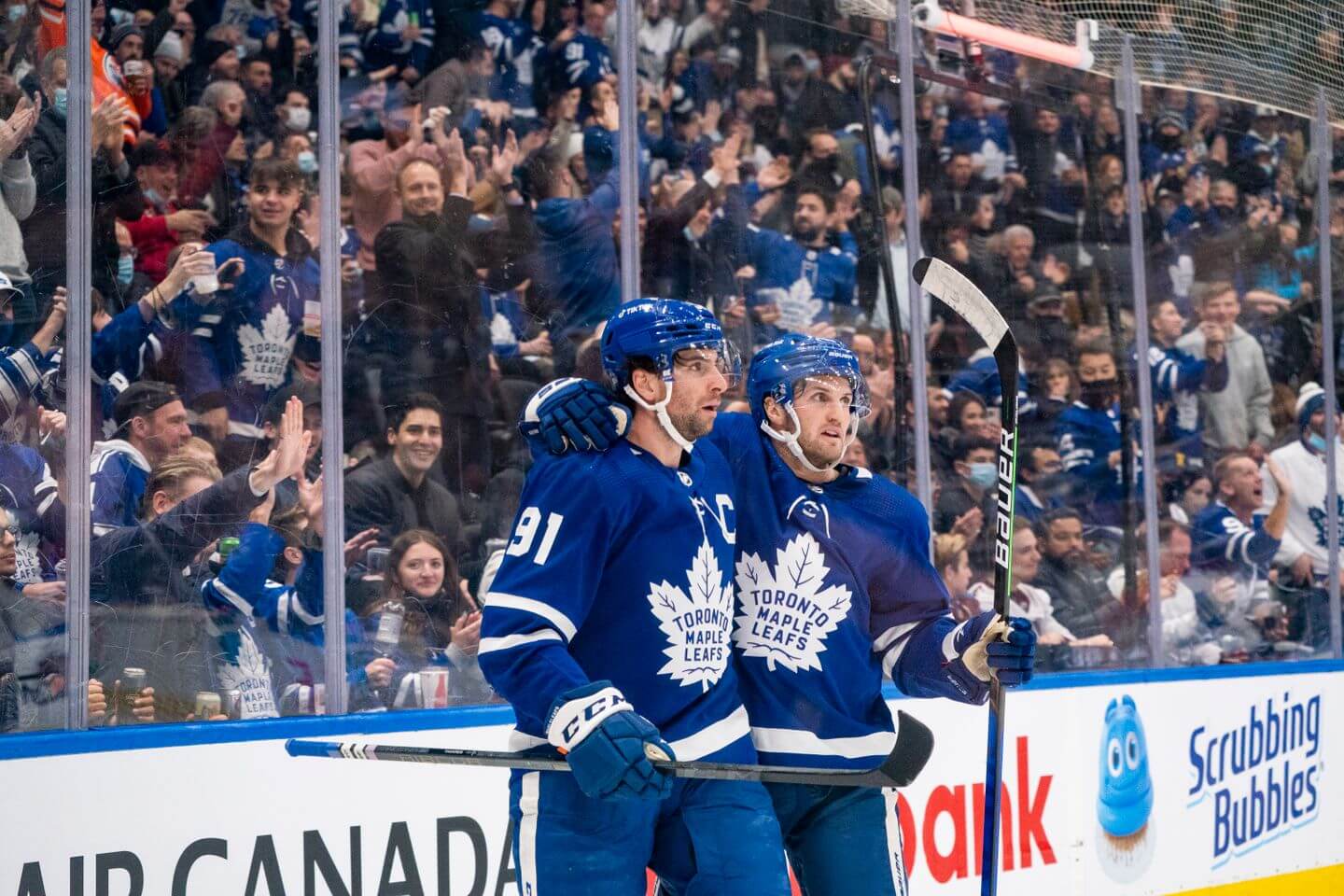 Nic Petan was called up and moved down last season between the Toronto Maple Leafs and the American Hockey League’s Toronto Marlies. This must have been a difficult task for a professional hockey player. However, compared to 2018, I’m certain this season must seem easy to Petan and his family. That’s because 2018 was so utterly crushing in contrast.

Related: How is Ex-Maple Leaf Nzem Kadri Faring in Colorado?

Nic’s father Franc, who suffered from mental illness, took his own life on Feb. 18, 2018. Obviously, his father’s death cut Petan’s season short and made his 2018-19 a bit of a fog. When Maple Leafs general manager Kyle Dubas traded for Petan in Feb. 2019, what had happened to the young forward only months earlier wasn’t mentioned. I’m sure few Maple Leafs fans knew anything about the tragedy that had only recently unfolded prior to the trade.

Petan played perhaps his best hockey game during the 2015 World Junior Hockey Championship in Toronto. He scored a hat-trick in the semifinals against Slovakia to help them win. They beat Russia later to win the gold medal. It was Canada’s first medal at the World Juniors since 2012, and the country’s first gold medal since 2009. Connor McDavid, Petan, and others led the team.

Nic and Alex, who had been playing in Europe’s hockey leagues, received the news that their father had committed suicide on Sep. 18, 2018. Over a year later, the Petan family decided it was time to speak out both to share their grief and to create a legacy in Franc’s name. In the TSN Original video titled “Franc,” Nic shares the family’s story of his father’s sinking into mental illness and the impact that illness and his dad’s eventual death had on the family.

This short video is only 13 minutes long and is worth watching. You can find the link below. The video features conversations between Nic, Alex, their mother, and Franc. It also includes family video footage of Franc with his sons, playing soccer and teaching them how skate.

The Petan family was, in many ways, a typical sporting family as shown in the video. Franc was the owner of an Italian restaurant in Vancouver. He was a cheerful, hard-working restaurateur with a big personality who loved his family and his sons.

Nic specifically recalls that his father was a hard-working guy, and so he’s tried to be just like him. On the ice, Nic says, I’m the “hardest working guy there is.”

The Petan family’s life was forever changed by their mental illness. Franc was diagnosed with bipolar disorder and sold his restaurant. He began treating the people he loved badly. Things improved for a time after the family sought medical assistance. The family was able to get the illness under control and enjoyed even more time together. As Nic said, “He was like my dad again.”

Related: Maple Leafs’ Ennis: A Steal of a Deal

The family was shocked to learn that the deceased had been killed. Franc took his own livesAt the age 56. Nic was unable to communicate with anyone for weeks. He didn’t know where to start and needed some time to reflect on his life without him. During the 2018-19 season, he was away from hockey for several weeks. He was traded to Toronto in February 2019 by the Maple Leafs.

When Nic and his family decided that they shouldn’t keep their sorrow inside any longer, they worked with TSN to produce a video that describes the impact that Franc’s death has had on them as a family.

In addition, because their father held a charity tournament in the name of his restaurant for years, in 2019 Nic and Alex instituted the inaugural Franc Petan Invitational Golf Tournament in Vancouver to raise money for children’s mental health in Canada. This video shows. The support of many other hockey players from different teams who came together in honor of Nic’s father and the cause of helping those suffering from mental illness. The tournament raised $34,000 for children’s mental health in British Columbia.

The Story Behind
The Player

Nic may never be a regular player on the Maple Leafs roster. However, Nic’s experiences in the past two seasons have provided him with a perspective on both hockey and family. Although his story isn’t widely known, the Petan family believes that this should change.

The Canadian Mental Health Association supports the mental well-being of people and families in more than 330 Canadian cities. Anybody who wants to help the Petan family can donate at cmha.ca/donate.

Jim Parsons, Sr., the Old Prof was a professor at the Faculty of Education of the University of Alberta for more than 40 year. He’s a Canadian boy, who has two degrees from the University of Kentucky and a doctorate from the University of Texas. He now lives on Vancouver Island where he is a retired man with his family. His hobbies include playing with his hockey cards and simply being a sports fan – hockey, the Toronto Raptors, and CFL football (thinks Ricky Ray personifies how a professional athlete should act).

He is eager to share his insights on the Toronto Maple Leafs, and how sports connects with life more fully. His Twitter address is https://twitter.com/TheOldProf