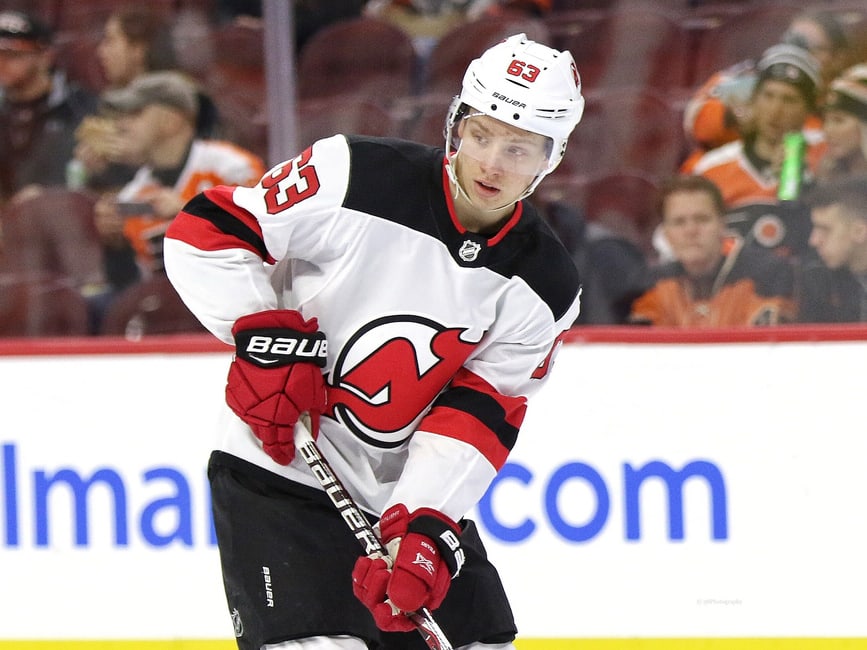 Anaheim Ducks split weekend back-toback, losing first to the New York Rangers (4-1), and then winning the shootout against the Detroit Red Wings (4-3). These two games continued an inconsistency trend for the club, which is now 2-2-2 since Dec. 17. There are many factors that can explain the recent bump in the road, but none unique for the Ducks. Each NHL team has dealt with postponements or players moving in and out of COVID protocols.

Finding consistency during this challenging stretch will be key to a team that certainly isn’t guaranteed to make the playoffs. The weekend saw many prospects make their NHL debuts. Max Comtois scored his first goal of the season and Trevor Zegras had a great game against his Calder Trophy competition.

As many teams in the league have done, the Ducks are forced to maintain a flexible roster. This is due in part to players who have entered the COVID protocol and also to the wear and tear that comes with an NHL season. This weekend saw several Ducks prospects make their NHL debuts. Saturday night saw the following: Jacob Perreault got the call and was connected with Zegras as well as Sonny Milano. Perreault made a quiet debut as the Ducks’ offense was not strong. Perreault registered only 11:04 time on iceIn the third period, he only played two shifts.

Brayden Tracey and Lukáš Dostál made their NHL debuts on Sunday night, while Perreault was assigned to the taxi squad. Tracey was assigned to a line along with Troy Terry and Ryan Getzlaf, but performed similarly to Perreault that night. Tracey was only on the ice for 9:21 and registered one high-danger chance. The ice time usage by both young forwards may not be worth looking into — the San Diego Gulls, Anaheim’s American Hockey League affiliate, also had a dense schedule over the weekend, meaning Perreault’s debut on Saturday was his second night of a back-to-back, while Tracey was playing for the third night in a row.

Dostál was stellar in his first start in the NHL. To win the shootout, Dostal looked calm and composed while making 33 saves on 36 shots. In post-game interviews, Dostál wasn’t shy in sharing how much this moment meant to him.

Dostál’s development will be pivotal to the Ducks’ long-term success. John Gibson is still in his prime, but Dostal can continue to improve and develop as Gibson’s full-time backup in the NHL over the next few seasons. If the Ducks are to have the long-term success that their crop of prospects is capable of, Dostál’s development into a quality starting goaltender will be an important facet.

It’s been a difficult start to the season for Comtois. Comtois is the team leader Last season’s goals and pointsComtois hadn’t scored a goal this season. Part of the issue is with injury, as he’s only played in 18 games so far. When he has been in the lineup, he’s been moved up and down the lineup, struggling to find any sort of consistency or chemistry. His slump was broken just one day after his 23rd birthday.

Comtois scored the winning goal in the third period. Rickard Rakell’s clean pass across crease allowed Comtois the opportunity to bury the puck in his empty backside. Comtois made a tossing motion as he skated up to the bench to celebrate. If the monkey is truly off his back, he’ll be one more reliable scoring option as the season moves into the second half.

Sunday’s game against the Red Wings was a rookie showcase, featuring four of the league’s top candidates for the Calder Memorial Trophy as the NHL’s rookie of the year. For the Ducks, Zegras and Jamie Drysdale are the crown jewels of the team’s rebuilding effort. Detroit’s Moritz Seider and Lucas Raymond have provided a similar boost to their team’s energy. Raymond was the rookie leader in points. However, Zegras passed Seider recently and has been closing the gap between Raymond and Seider.

Zegras was the first to show up on the scoresheet when he ripped a one-timer past, Thomas Greiss, for the game’s first goal. The Red Wings scored two goals consecutively, with Raymond and Seider each receiving an assist. Zegras would show up once again in the third period when he was credited with a secondary assist on Comtois’ go-ahead goal. He’d put the exclamation point on his night with a slick shootout goal that went between the legs of Greiss. After last night’s game, Raymond retained the rookie point lead, but with Zegras only trailing by three points.

The Ducks host the Pittsburgh Penguins first, followed by a Central Division back to back in Minnesota and Chicago. The Ducks will gradually return to their full strength. Dallas Eakins, the head coach, has been patient in getting players back into the lineup, particularly when it comes to COVID protocol players. Prospects like Perreault or Tracey could see an increase in playing time. Now that Max Comtois is out of his scoring slump, expect him to be paired with the offensive lines more often and more consistently. We will be keeping an eye on Zegras’ rookie scoring leaderboards.

Born and raised in Mission Viejo (California), I currently live in Visalia. Graduating from CSUF in 2016 as a B.A. In Cinema and Television Arts. I’ve been a sports fan for my entire life, rooting for the Anaheim Ducks, Los Angeles Angels, Los Angeles Rams and Miami Heat. In my spare time I like playing video games and trying to make the perfect cup.