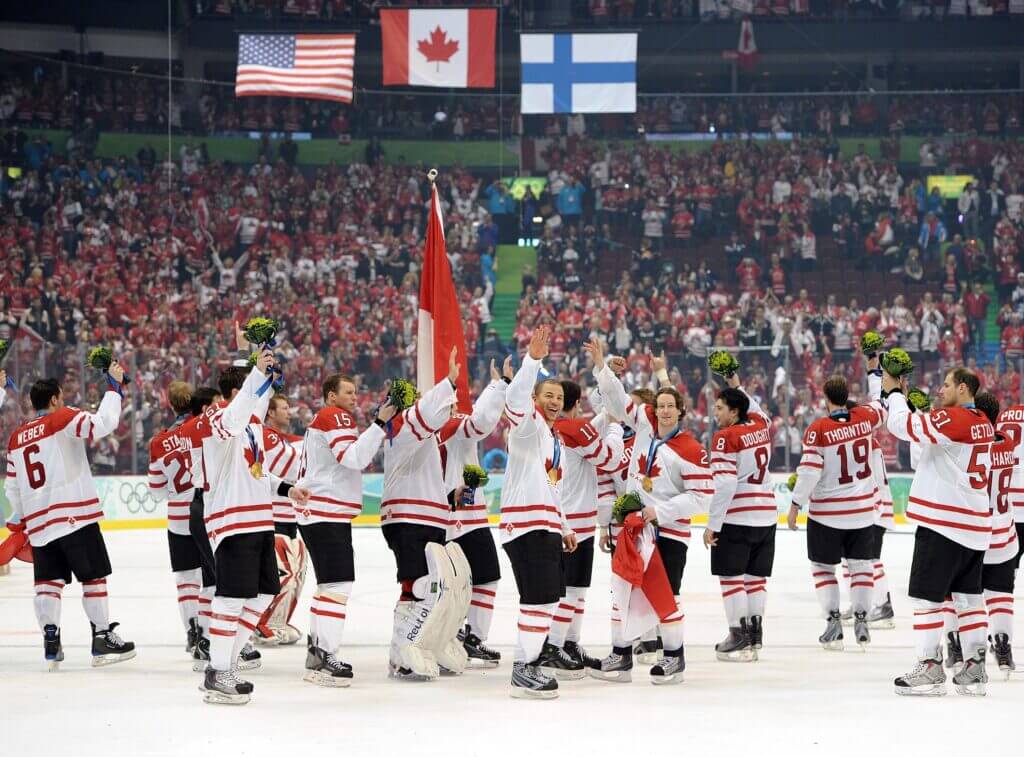 NHL players must take hard look at Olympics, plus Paul Maurice out with the Jets and more – [Update News]

The Edmonton Oilers and Toronto Maple Leafs share one thing in common. Both teams are blessed with great firepower at top of their lineups. Who could argue that the Oilers’ duo of Connor McDavid and Leon Draisaitl is not the best 1-2 punch offensively in the NHL? In comparison, it’s likely the Maple Leafs come in second to that twosome.

McDavid and Draisaitl’s scoring over the past few seasons put them into an elite group – maybe the best two forwards (at least the highest scoring) who have played together recently. These two offensive beasts are just as great as Auston Matthews or Mitch Marner.

McDavid & Draisaitl, in reality, are very different players to Matthews & Marner. The first three are both goal-scorers and assist on other teammates’ goals. Marner is elite at creating goals for his teammates; however, as far as a scorer himself he isn’t in the same league as McDavid, Draisaitl, or Matthews.

After the Firepower of the Team’s Best Forwards, Differences Begin to Emerge

It’s after comparing those twosomes where the differences between the teams become more apparent. Depending upon your taste, the Oilers’ third-best forward is former Maple Leafs’ player Zach Hyman. Ryan Nugent-Hopkins is a good forward but he isn’t Tavares or Nylander. Jesse Puljujarvi has the makings of a solid young forward, but he isn’t there yet. Kailer Yamamoto is not without his moments. Still, he’s a work in progress.

After those Oilers’ players, sharpen your pencil because the list of quality forward depth after Matthews and Marner is vastly better than what the Oilers can throw over the boards. John Tavares & William Nylander were the first ones that came to my mind. Hyman and Nugent-Hopkins are not comparable. Warren Foegele is as honest and hard-working a player as you can find, but I wouldn’t trade him for Ondrej Kase or Michael Bunting.

Comparing the Rest of the Two Team’s Forwards

Then there’s Alex Kerfoot. For as much as there’s a call to trade Kerfoot to free up some salary cap space, which might actually come to pass, you can bet the Oilers would love to have Kerfoot somewhere on their top two lines. The Oilers’ depth also suffers when compared to the Maple Leafs’ depth. The Oilers do not have David Kampf or Ilya Mikheyev.

The fourth line of Jason Spezza, Wayne Simmonds, and Pierre Engvall is better than the Oilers’ depth of Derek Ryan, Devin Shore, or Colton Scevious. I like Ryan as a tough, honest player, but he doesn’t give his team the value Spezza does.

The Maple Leafs defense has more depth than the Oilers

Oilers’ defense is a problem because Oscar Klefbom was injured two seasons ago. Darnell Nurse is the Oilers’ star defenseman. Morgan Rielly is the Maple Leafs’ counter. Although each is different, both are equally effective. The Oilers’ young defenseman Evan Bouchard is going to be a great defenseman, if he’s not already.

T.J Brodie’s quiet expertise is not available to the Oilers so they are unable to play with Rielly. Instead, the Oilers have signed Cody Ceci as well as Tyson Barrie to multiyear contracts. Ceci was signed for four seasons at $3.5million per season. Barrie signed for three seasons at $4.5 million per year. Maple Leafs’ fans are scratching their heads.

When I read about these two contracts, I shake my head at Maple Leafs’ fans who consistently get on general manager Kyle Dubas’ case for his overpayment of Marner, Matthews, Tavares, and (used to be) William Nylander. Not to disparage these two defensemen, but Oilers’ general manager Ken Holland signings are not the same league as the players that Dubas “overpaid” for.

The difference between the teams is in the goaltending. Who doesn’t like the battling temperament that 39-year-old Oilers’ goalie Mike Smith shows? Mikko Kskinen can sometimes steal a game, but that’s not all. Jack Campbell is Jack Campbell.

Related: Mikko Koskinen Moving Oilers: Why Would He Want To Stay?

Campbell inspires his team’s confidence in ways neither Smith nor Koskinen does. In Howard Berger’s post yesterday about Campbell’s impact on the team, he shared that on March 20 during last season’s shortened schedule, Campbell took over the starting role when Frederik Andersen was injured. Since that time, the Maple Leafs’ regular-season record in 55 games has been 37-12-6. Campbell’s record in games he played has been 30-6-3.

Currently, as he heads into tonight’s game, Campbell leads all NHL goalies in goals-against-average (1.86) and save–percentage (.939). He’s third in goalie wins (16), trailing Frederik Andersen (Carolina Hurricanes) by one and Andrei Vasilevskiy (Tampa Bay Lightning) by two.

The Maple Leafs are a very strong team

Personally, I’m sad that Dave Tippett is being criticized in Edmonton. He’s one of the most competent coaches in the NHL and has been for years. It just isn’t his fault that the air is let out of his Oilers’ balloon when his team is mounting a comeback and one of the team’s goalies lets in a soft one at exactly the wrong time.

The Maple Leafs’ better lineup is what makes them ahead of the Oilers in standings. Matthews’ positive COVID-19 test will not prevent them from playing. McDavid & Ryan both tested positive for COVID-19, meaning they will not play for the Oilers. That can’t be good news for the Oilers or their fans.

By the way, because the Maple Leafs’ lineup is superior doesn’t mean Toronto is a lock to win tonight’s game. That’s the thing about NHL hockey. It could be the night that the visiting team’s goalie stands on his head.

Because Jim Sr. had worked in China, he adopted the Mandarin word for teacher (老師). The first character lǎo (老) means “old,” and the second character shī (師) means “teacher.” The literal translation of lǎoshī is “old teacher.” That became his pen name. Today, writing is not his only activity. The Hockey WritersHe teaches research design to graduate students at several Canadian universities.

He is eager to share his thoughts on the Toronto Maple Leafs, and how sports connects with life more fully. His Twitter address is https://twitter.com/TheOldProf