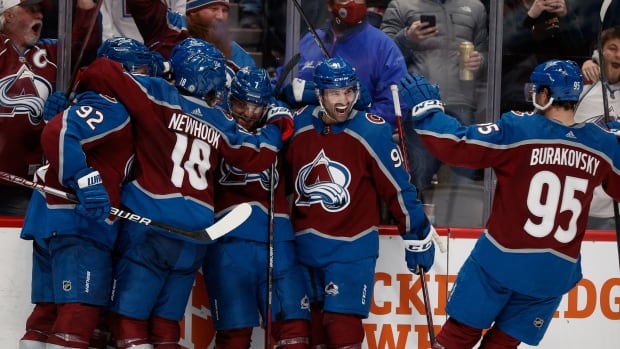 In this edition of Vancouver Canucks‘ News & Rumors, Thatcher Demko has been named to the 2022 NHL All-Star roster, while J.T. You can vote in Miller through Last Men In voting. Additionally, the Canucks are looking to add help on the blue line while the search for the team’s next general manager (GM) continues.

Demko continues to add to his impressive season as he was the lone member of the Canucks to be named to the 2022 NHL All-Star Game (from ‘Canucks’ Demko picked for NHL All-Star Weekend,’ The Province January 13, 2022). John Gibson and Demko will share the crease for the Pacific Division All-Star Team.

Miller could join Demko in the All-Star Game this season. Fans can vote for Miller through Last Men In voting to make him an All-Star in the Pacific Divison.

Miller has been the best Canucks’ forward since the start of the season. Miller is the leader in goals, with 11, and points, with 36 in 36 matches. He also ranks 21st among the league’s points.

After the Canucks practiced in Florida on Wednesday, head coach Bruce Boudreau spoke to the media on the state of the team’s blue line (from ‘Canucks look for more dynamic defence beyond the mighty Quinn,’ The Province January 12, 2022).

“You need more than one guy like Quinn (Hughes), to be able to jump into the play, to be able to create some offence from the defence,” he said. “If you don’t have that, look at all the good teams in the NHL, you take the top 10. Their defence are all mobile and they can rack up points and they create offence from the defence and, of course, we would like more of that.”

Boudreau said that adding a mobile puck-moving defensiveman is at the top his priority list. Throughout his career, Boudreau’s teams usually have a mobile blue line. Hughes leads the team’s defensive group with 28 points in 35 games, which is almost half of the group’s point total, while Tyler Myers is second on the team’s blue line with 10 points in 36 games.

The Province’s Patrick Johnston adds although president and interim GM Jim Rutherford will likely look to trade for a mobile defenceman, the Canucks already have one in Jack Rathbone. After playing nine games with Vancouver this season, the 22-year-old defenseman was then sent to Abbotsford. There he scored one goal and posted six points. Rathbone’s missed some time due to a suspected shoulder injury but should return to action with Abbotsford soon. He would be a welcomed addition to the club’s blue line as he has shown his ability to move the puck up the ice, which the Canucks seem to need.

Rick Dhaliwal, Canucks’ reporter on Friday morning, reported that the team is down to its finalists for their playoffs Donnie and Dhali are looking for a GM job.He also noted Sean Burke as a candidate along with Scott Mellanby, who was the lead candidate.

Additionally, Darren Dreger confirmed previous reports on Rutherford’s search for a diverse management team on Insider Trading. He states that there will be five to six GMs on the shortlist. Rutherford also said that he has conducted many interviews both personally and virtually. He also confirmed that Rutherford interviewed several women for the assistant GM role. Dreger says Rutherford is open to new voices and other ideas as he moves forward.

The Canucks announced their 2022 Lunar New Year jersey, which was Trevor Lai designed it.

The Canucks will use the jersey as a warm-up during the Lunar New Year celebration. Lai hopes that the design will send a message of inclusivity and anti-Asian racistism. Some proceeds will be donated to Elimin8Hatem which is a local community organization advocating racial equality and inclusion for Asian Canadiens.

“I came up with the idea of a tiger jumping out of water because normally the orca is breaking through ice. I thought what we are trying to push as a message is change,” Lai said. “Because obviously, in addition to celebrating Lunar New Year, we’re really trying to bring awareness to all of the increased inclusivity and anti-Asian activities and messages that we want to change.”

Sartaaj has been following hockey for more than 15 years. He covers the Vancouver Canucks and The Hockey Writers.