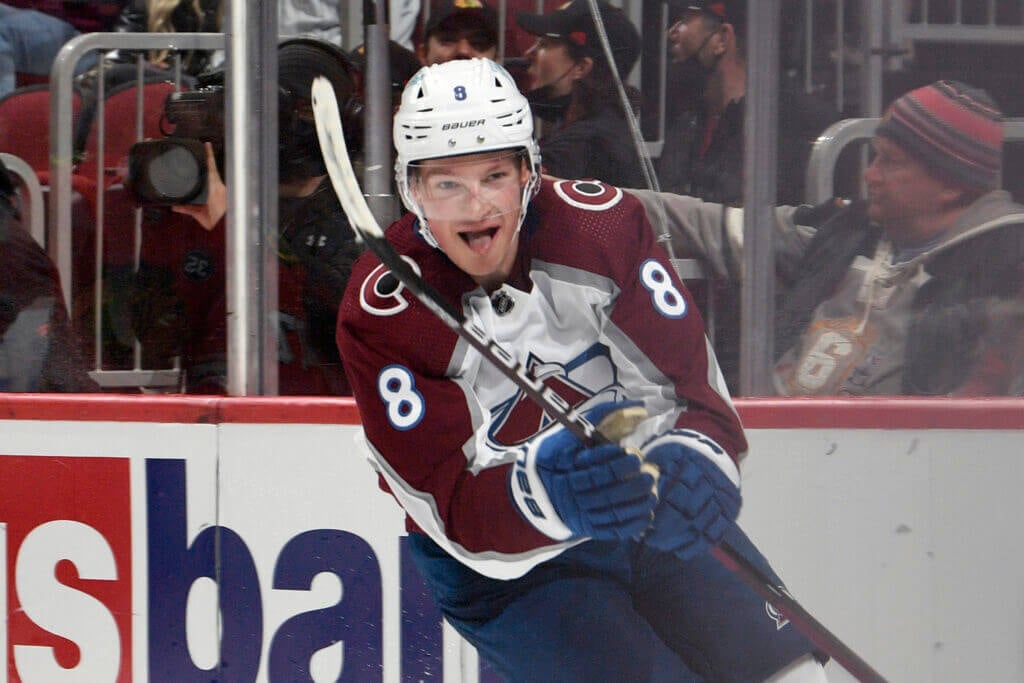 In this edition of Boston Bruins News & Rumors, Brad Marchand blasted the NHL in a tweet last week regarding the league’s decision not to send its players to the upcoming 2022 Winter Olympics. In other news, the team has announced that they will be retiring Willie O’Ree’s number 22 on Jan. 18. Jeremy Swayman, who was playing against the Detroit Red Wings on Sunday, showed great fire and got into a fight with Sam Gagner. He spoke to media shortly afterwards about how it went down.

Shortly after last week’s News & Rumors post, Marchand took to Twitter to blast the NHL over not allowing its players to go to the upcoming Olympics. The decision was clearly an upsetting one for the 33-year-old, who has never had the chance to participate in the Olympics, and didn’t hold back on how he felt about it.

“The NHL and NHLPA can change the rules of the CBA to add a taxi squad so that they don’t miss any games and don’t lose any money,” Marchand said. “Which has already been agreed upon that the players will pay back in escrow until the owners are made whole from what they have lost during this pandemic, regardless how many games are missed… yet they can’t do a taxi squad during The Olympics so they can honor the agreement they made so the NHL players can go… please tell me that’s not bull****… and for all of you who want to pipe back about forfeiting pay while being gone … yah not a problem .. let the players make their choice.”

Some questioned whether NHL players would want to attend the Olympics given the strict quarantine rules that would be in place if any athletes tested positive for COVID-19, but clearly that didn’t bother Marchand. With his success in recent seasons, including 2021-22, where he has registered 30 points in 23 games, he was an absolute lock to crack Team Canada’s lineup.

O’Ree to Have Jersey Retired

It’s been a long time coming, but on Jan. 18, the Bruins will retire O’Ree’s number 22In a game against the Carolina Hurricanes at TD Garden. It will be the 12th retired jersey in Bruins history, and it is well deserved.

Related: To succeed, the Bruins need to keep Smith in position

For those unaware, O’Ree, who is a Hockey Hall of Famer, was the first-ever black player in NHL history, making his debut during the 1957-58 season. While it took a long time for him to be recognized the way he deserved to be, O’Ree has made it clear he is very thankful for all the support he has received, including this most recent honour from the Bruins.

“It’s wonderful, really,” O’Ree said. “I’ve met those gentlemen and Bobby [Orr] has attended my Will O’Ree hockey skills tournament and weekends. I’m, as I’ve mentioned, I’m just thrilled and honoured to be a part of the Bruins organization. Montreal Canadiens was my favorite team in my teens, so I was a Montreal Canadiens supporter in my youth. However, I became a Bruins enthusiast when I attended my first Bruins training camps in 1957. In ’58, I went again. I had the most respect for and admiration of the entire Bruin Organization, especially the guys I played with.

“I’d probably say, just Willie O’Ree, a young black kid that set goals for himself and stayed focused on what he wanted to do. He believed in himself and wanted not only to play professional hockey but also to one day be a part of the National Hockey League. I promised that I would try my best to be everything I could be. And I could probably just leave it at that.”

O’Ree went on to play a total of 45 career NHL games, all of which came with the Bruins. O’Ree was a pioneer in the game, even though his NHL career was brief. He played professional hockey for over 20 years. This award is well-deserved for the now-86-year-old.

Swayman, for the most part, has been calm, collected, and cool throughout his short NHL career. That wasn’t the case on Sunday night, however, as he was clearly frustrated with Robby Fabbri, who had grabbed a hold of his helmet. Gagner’s exchange with him was the most interesting part of the whole scrum. They exchanged words and shoved one another, leading to unsportsmanlike penalties. The game was over. Swayman broke downWhat actually happened in the play

“I didn’t like the situation. I was getting held on the back of the helmet, so I’m going to stand up for myself,” explained Swayman. “At the same time, if he’s going to mess with my guys, I’m going to make sure I do my part and protect my guys and I thought we did a good job of that.”

“I wouldn’t say I was hot. I wanted him to be respectful of my teammates. It wasn’t me getting hot-headed or anything, I was just making sure I was doing my part.”

It’s safe to say Swayman and his teammates had the final laugh in that game, as they ended up walking away with a 5-1 win in the big divisional matchup. The 23-year-old Swayman has had an amazing season with the Bruins. He posted a 2.20 goals per game average and a.920 save percentage over 15 games.

Next up for the Bruins

The Bruins will play three games this week. They face a New Jersey Devils team on Tuesday. This is the third consecutive win for the Bruins. On Thursday, they will take on the Minnesota Wild before taking on the Tampa Bay Lightning on Friday. Currently sitting in the second wild-card position in the Eastern Conference, there isn’t much room for error right now, making each and every single game extremely important.

Colton Pankiw, a former Jr. A hockey player, now shares his knowledge through writing. He’s been a very active and reliable source for nearly two years at The Hockey Writers. He is a credentialed journalist for the Calgary Flames and also writes features about other teams within the league. The following are his other writing contributions: Oil On Whyte, NHLtradetalk.com?, and Markerzone.com. Colton is also a cohost on both Oilers Overtime Flames faceoff podcasts. He can also be reached for content and interview requests. Twitter. Have a look at his works here.