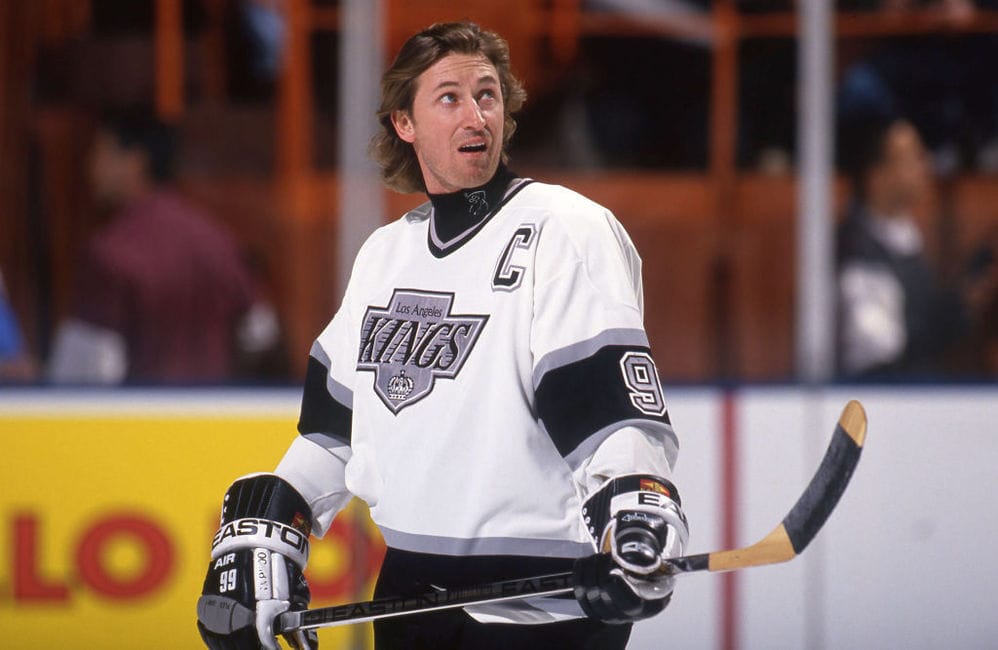 Notable NHL Captains who were traded

If the regular season ends without a major catastrophe, the Washington Capitals will be able to make the 2022 Stanley Cup Playoffs. Head coach Peter Laviolette’s team, just under halfway through the campaign, sit third in the Metropolitan Division, nine points ahead of the Eastern Conference’s final wild card berth.

Although the last seven days were tough on the Capitals — Washington head into their next fixture on a four-game losing streak — they’re still in a good place as mid-January approaches. It’s also worth remembering how freakish some of the team’s recent losses were, a run that includes the delayed-penalty own goal that sparked a Minnesota Wild comeback.

With that said, now is the perfect time to think about the five storylines that will define the second half of the Capitals’ regular season, starting with the team’s misfiring power play and possible trade targets.

When a team scores a power-play goal and their regional broadcaster responds like this, it’s safe to assume they’ve struggled on the man-advantage.

In the Capitals’ case, you would be right to make that assumption. Washington’s 14.8 percent clip on the power play places them fifth-last in the NHL, besting only the league’s basement dwellers in Montreal, Detroit, New Jersey, and Arizona.

The oft-heard complaints about Washington’s performances on the man-advantage are that the team is painfully slow at gaining zone entries and much too predictable once they’ve found a way into the final third. The Hart Trophy-calibre season’s Alex Ovechkin is often cited as part of the problem for his inability to move when the Caps are ahead in a 5-v-4 match. However, this might not be the most fair assessment.

Although it’s accurate to portray Ovechkin’s efforts on the power play as being limited to his office in the left circle, he has enjoyed success this season. He’s got six goals and six assists through 37 games, which compares favourably to his nine goals and eight assists in 45 outings last term.

So, what’s the issue with Washington’s power play? Ovechkin’s lack of movement on the power play is a problem — but it’s not as concerning as the rest of the team’s goal-shyness. John Carlson is the Caps’ second most prolific player with three goals, while Evgeny Kuznetsov’s 10-point tally trails the team-leading Ovechkin by two.

Given the Capitals’ track record for underperformance on the power play, this is a storyline that could rumble on into the postseason.

Are the Capitals willing to trade for a Goalie in a Trade?

In a repeat of last season’s form between the pipes, Washington’s goalies are still consistently inconsistent. Neither Vitek Vanecek nor Ilya Samsonov has staked a convincing claim for the starter’s job, with Laviolette rotating his tandem while throwing Zach Fucale into the mix.

As it stands, Samsonov is the biggest beneficiary from Washington’s goaltending tossup. The Russian tends to perform strongly when reintroduced to the starting lineup, although his underlying numbers are less impressive than Vanecek’s.

The key question now is whether or not the Capitals will act to add a goalie before the deadline. General manager Brian MacLellan will need to be creative if he opts to pull the trigger — Washington is low on cap space and understandably reluctant to deal their emerging Hershey Bears.

There’s lots of speculation about Marc-Andre Fleury’s future with the Chicago Blackhawks unlikely to make the playoffs — however, Washington isn’t a likely destination for the Canadian given his cap hit. As a result, the Capitals’ goaltending conundrum isn’t going away anytime soon, especially as Samsonov and Vanecek are pending restricted free agents (RFA).

Washington is faced with several RFAs in addition to its netminders. Versatile winger Daniel Sprong is the biggest name on the Capitals’ list of pending RFAs, with Dennis Cholowski, Brett Leason, Beck Malenstyn, Joe Snively, and Lucas Johansen also on expiring deals.

Related: Capitals’ Sprong Failing to Live up to Expectations Set in 2020-21

Sprong (who turns 25 this March) has shown solid performance since his trade from Anaheim Ducks. He scored 19 goals in 72 games and had 12 assists. He’s currently on pace to set a new career high for goals in a season, with his latest strike coming against the St. Louis Blues. However, he hasn’t made the progress many expected of him.

Although Sprong isn’t in a strong position to demand a significant raise on his $750,000 per season contract, MacLellan will still have to consider if renewing his deal is good value for the cap-strapped Caps.

Of Washington’s other RFAs, Leason is the most intriguing. Leason, 22, made his NHL debut earlier in the season. He has since recorded six points (three goals and three assists) over 25 games. He’s 6-foot-5 and provides a serious physical presence at 225 pounds. For a player still struggling to score at the senior level, could a two-way agreement be in order?

Can Ovechkin Continue His Scoring Form?

If you haven’t seen it yet, Ovechkin broke Another NHL record last week — becoming the league’s all-time leading power-play goal scorer. The 36-year-old Russian has enjoyed a magical season for the Capitals so far — but does he have enough fuel in the tank to continue his form through the second half of the season?

One element to consider is that the NHL’s Winter Olympic withdrawal could help him sustain his offensive production, as travelling to Beijing would’ve used up a lot of his energy just before the Capitals entered the final stretch. While it will be disappointing not to play for his country, it could help his NHL performance in the long-term.

Ovechkin is strong contender to win individual awards, even though he missed the Olympics. Ovechkin’s performance in the second half the regular season, with the Edmonton Oilers on the decline, will determine his private tussle against Leon Draisaitl and Connor McDavid in the race to the Hart. He also remains in contention for the Rocket Richard Trophy, though Auston Matthews’ surge could prove troublesome.

Ovechkin is currently on pace for 24 goals, 28 assists and 37 points through 37 games. If he continues to score at this rate, he’ll have 152 points by the end of the season. His race to overcome Wayne Gretzky’s goals record will be a key storyline to watch as the campaign heats up.

There’s no other way to say it: the Capitals are historically bad in overtime. Laviolette’s side are still winless in games that are decided in an extra frame, with age and fatigue a factor in their dismal 2-9 post-regulation record.

“I thought we played well tonight,” Laviolette said after Washington’s shootout lossMinnesota. “It’s disappointing on the results. The first goal is the most important. They tie it at the end and then win in a shootout. You’re left with a bad taste in the mouth. But I thought the guys put up a pretty good effort.”

It wasn’t the first time the 57-year-old praised his team’s work ethic after a one-point night — it’s been a theme this season. As a result, Washington’s ability to snap out of their overtime curse will be a key plot to watch as the season progresses.

Up Next for the Capitals

Washington travel to Elmont to face the New York Islanders on Saturday in the NHL’s matinee faceoff. The Islanders have improved after a terrible start to the season. They are now 3-1-1 in their last five games. Their last loss was 12 games ago.

The Capitals can expect a tough afternoon at UBS Arena. Their hosts are hoping to continue their revival. Washington will lose their five-game losing streak if it falls to Washington. New York victory would be a great place for the Caps to begin to address the stories that will shape the second half their season.

Luke, a British sports journalist who has won awards for his coverage of the Washington Capitals, is Luke. THW. He is a recent University of Warwick graduate and is currently pursuing a postgraduate degree as Newspaper Journalism at City University of London. To stay up-to-date with Luke’s work, you can find his tweets via @LukeJames_32.