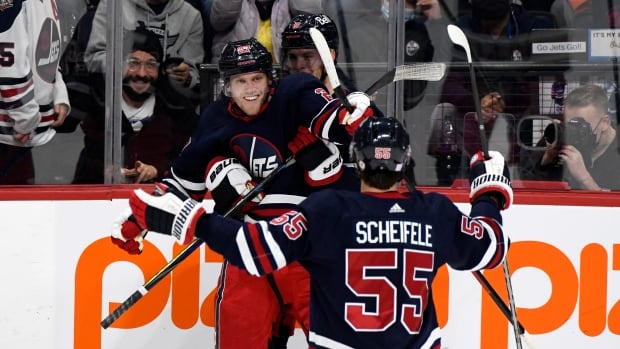 It’s been a difficult season to track. So far, the numbers suggest the New York Islanders aren’t a contender, but with games in hand and – dare we say – a little momentum building as the team gets healthier, this could change, especially if they can beat the right teams. That shift may be slower than usual considering the Islanders’ schedule over the next couple of weeks, or lack thereof. Another extended break could wreak havoc on the team in the short- and long-term, particularly if they consider moving goaltender Semyon Varlamov. Even with rising star Ilya Sorokin solidified on the team, it wouldn’t be wise to move Varlamov despite the suiters waiting in the wings.

Similar:If an Islander decides to move Varlamov, they have three options

The NHL’s continued postponements and rescheduling These are hard to track and even more difficult to write down. News seems to drop randomly and without notice, which isn’t surprising at this point in the season. However, these changes have made it difficult for teams like the Islanders on many levels, though they seem to be taking their latest “break” in stride.

Here’s where things get interesting. They will have only played three games in just 25 days by the time they play the New Jersey Devils Jan. 13. Since there are no additional games until then, these games will be added to an already busy back half. The league will play its next 54 games within 106 days. This is a little more often than the game they currently play every day. There are larger implications for the league if games continue to be postponed, but we’ll operate under the assumption the schedule will be ironed out.

With that in mind, even if head coach Barry Trotz decides Sorokin is the clear cut number one goalie moving forward, getting the lion’s share of starts, he’ll still have to lean heavily on Varlamov the rest of the way, especially if the team thinks they have the remote Chance of reaching the playoffs.

“We could end up with (weeks) where we’re playing five games in seven nights. That takes its toll,” Trotz said last week. “But hopefully the schedule-maker can find enough dates to spread it out, and if we do that, we’ll be fine” (from “Islanders prepare for another season pause, just when they seem to be gaining momentum,” [Update News] 1/1/22).

Though Sorokin has said he enjoys playing as often as he can, it doesn’t seem likely Trotz and general manager Lou Lamoriello will change their strategy. They’ve had success with a 1A/1B tandem, particularly over the last two playoff runs, when both Thomas Greiss and Sorokin filled in beautifully in consecutive seasons to get the Islanders over the hump.

So, let’s say the Islanders Varlamov to be tradedNo matter their playoff position, they will. They don’t have another goalie in their system capable of picking up that slack, even if just for back-to-back situations. Only three goalies are available to the organization: Corey Schneider and Ken Appleby.

Only Appleby, between the two previous players, has ever played in an NHL game, three of them during the 2017-18 season. That leaves Schneider, who we saw earlier this season as Sorokin’s backup, though there were never really any plans to start him unless there was an injury.

Worse, their problems won’t end this season. There’s a long-term issue brewing despite that New York landed their “white whale” in Sorokin if they trade Varlamov. Aside from not having much in the way of goalie prospects in their system to bring up or develop, certainly not by this summer, the UFA goalie market doesn’t look great heading into this offseason.

Jack Campbell will probably Get involved with the Toronto Maple Leafs; Marc-Andre Fleury and former Islander Jaroslav Halak are pushing 40 years old (not that age has scared Lamoriello before) and don’t have dazzling numbers this season; the rest of the pending UFA goalies with 10 or more games played have sub-900 save percentages this season. Former Washington Capital Braden Holtby is the only goalie who has decent numbers.

He’s seen his numbers decline over the last few seasons, but he seems to be having an up season with the Dallas Stars, a team with a defensive style not unlike the Islanders. While his cap hit of $2 million is reasonable for a backup, it could be reduced a bit. Trotz and Lamoriello would have to be okay with their 1A/1B strategy being abandoned. Betting on a goalie who is on the wrong side of 30 without solid playing experience over the last few seasons doesn’t spell success at first or even second glance.

While Varlamov hasn’t been at his best – it’s important to remember he was out with an injury to start the season – he’s stopped 76 of 78 shots in his last two games, arguably as the Islanders have improved and are healthier in front of him. With just one year left on his deal, Lamoriello’s line, “If you have time, use it,” comes to mind. There’s no reason to trade a goalie for assets, only to struggle to find a replacement and maybe make a trade this summer, and the situation won’t get any easier in the summer of 2023.

For now, it’s best to hold on to Varlamov, playoffs or not, to keep the position solid moving forward for at least the next season and a half. It gives Sorokin a continued mentor and the rest of the team confidence in a goaltending tandem they’ve become comfortable with. As long as Varlamov can hold his own, he’s worth keeping around, at least until the end of his deal.

Jon Zella is a 31 year-old Long Islander who currently lives in Syracuse, NY. He enjoys hockey and beer as well as coffee and olive, his dog.