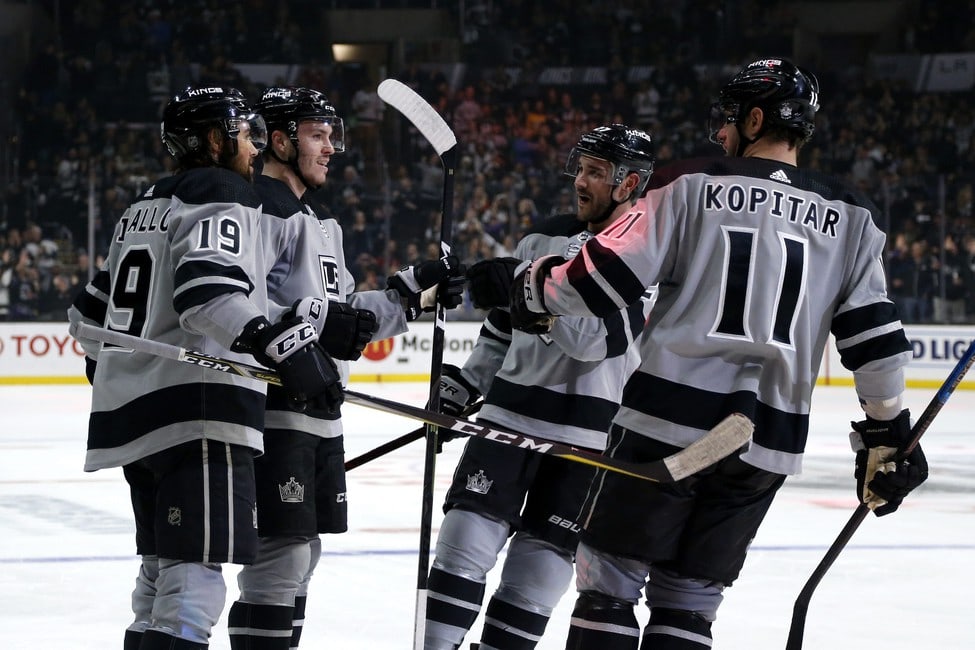 The St. Louis Blues are reluctant to grant their own players extensions in the last few years. Doug Armstrong, general manager, has been making good use of his cap space.

In the offseason, there are some contracts that need to be worked out by the Blues. They will have make moves to clear out cap space. One of those is a trade of someone like Marco Scandella. They could also extend their contract with three other players this summer.

This seems like a simple decision, and the Blues should look to expand their captain this offseason. His cap hit is $7.5million, and he still has one season to go. Ryan O’Reilly is the leader of the team and remains one of the best two-way forwards in the league.

O’Reilly has only 19 points in his last 30 games this season, which is significantly below his usual offensive numbers. The Blues’ depth is a big part of this, other lines are scoring much more and O’Reilly is not playing as much as he did over the last few seasons. It seems that O’Reilly is not playing as much during his time on the team. The COVID-19 List His game was hurt, whether he admits it or not.

His goal-scoring trends have been the same in four seasons as a Blue, he’s been a 20-plus goal scorer in two of three seasons. In the 2019-20 season, he scored only 12 goals in 71 matches and has only five this season.

Even though his numbers have dropped, I believe he will be granted an extension to the same cap. It would be sensible to offer him five seasons with an annual average of value (AAV), $7.25 million. This could help start the conversation. Either way, the Blues shouldn’t want him to hit the open market, that could end up being three lost captains in seven seasons.

David Perron is set to be a free agent this offseason, and he’s been a staple of the Blues organization off and on for many seasons. He’s spent a total of eleven seasons as a Blue, with three different stints overall. This season he’s missed games due to injury, but he’s been solid with 20 points in 23 games.

Either way, he’s an important player for this team and fits on almost any line. His puck possession and defense skills are both underrated. His chemistry with O’Reilly and what’s building with Brandon Saad is fantastic. He has scored 75 goals and assisted 109 times in his third season with the Blues, which has spanned the past four seasons. This totals 184 points over 207 games. He was an All-Star in 2019-20 before the pause and it was well-deserved.

By looking at those numbers, he’s been tremendous, one of the most productive forwards for this club. The Blues should extend him and keep his contract here for a few seasons more. It would be nice to end his career here. A solid deal of three to four years, with an AAV at least $5million, would be a great way to get these negotiations started.

I’m all for the Blues extending a breakout player like Ivan Barbashev, and it makes sense to get it done sooner rather than later. His connection and duties for this team are enormous, especially this season, where he’s scored 27 points in 33 games.

His contract has only one season remaining. He currently has an AAV of 2.25 million. The Blues should lock him up as that AAV is an absolute steal considering his numbers and two-way influence. Oskar and Oskar have been the bottom-six players for this team in the past few seasons. However, Barbashev has moved on to the next level.

One thing the Blues can’t do is Split Barbashev & Pavel Buchnevich up, they’ve been two of the most consistent forwards for the team this season. One of the best things about Barbashev’s game is the versatility, he can play center or either wing. He plays a 200-foot game, and is finally starting to get more offensive. The Blues should give him a new contract.

The contract could have a longer term with a lower AAV. This type of contract has been used by the Blues with many players. The Blues could offer a four- to six year deal with an average annual value of $4.5 million, or even a five-year deal. We’ve seen valuable two-way, middle-six forwards get long-term contracts, the biggest examples being Blake Coleman and Barclay Goodrow.

At the end of the day, I don’t expect Armstrong to hesitate when it comes to locking in more of his own players into long-term contract extensions. Even though two of the three current players have one more season, the priority list should follow my presentation. St. Louis Blues are continuing to manage the salary cap, which will make this an exciting summer.

Since almost a decade, I’ve been covering sports. FanSided is where I began as a Baseball Contributor. For The Hockey Writers, I now write about the NHL and St. Louis Blues. Growing up in Central Illinois, I was a huge sports fan. Finally, I do podcasting on various platforms.