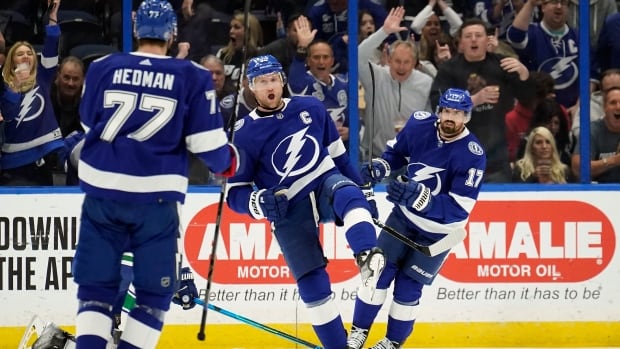 Team Slovakia could, if they play their cards right, walk away from Beijing 2022 with a medal in men’s ice hockey. NHL players are now out of the picture, the Central European nation’s assortment of talent could shock their rivals next month – and it would be historic if they did, as they’ve never stood on the podium before.

Although Slovakia has enjoyed less success on the international stage than their Czech rivals, they will head into this year’s Winter Olympics with an intriguing mix of youthful exuberance and veteran wisdom in their ranks. They came tantalizingly close to medalling in men’s hockey for the first time at Vancouver 2010, losing 5-3 to Finland in the bronze-medal game. Will 2022 be Slovakia’s year?

Slovakia, if players born pre-independence are counted, has produced 89 NHLers, including Hall of Fame inductees Peter Šťastný, Marián Hossa, and Stan Mikita. Of the nation’s current crop of major league talent, towering defenceman Zdeno Chára is the most recognizable, with Andrej Sekera, Tomáš Tatar, and Jaroslav Halák following closely behind.

The Slovak Extraliga was founded in 1993, splitting from the Czechoslovak Extraliga following the nation’s independence. Modern Slovakia’s top-flight is made up of 12 teams, each playing a 50-game regular-season season. The league’s top six clubs qualify automatically for the playoffs, with sides ranked 7-10 contesting a best-of-five play-in round. Once the play-in series are completed, Slovakia’s best-of-seven playoffs begin.

Meanwhile, the league’s lowest-ranked side enters a best-of-seven playout series versus the regular-season champion from the second division. The Extraliga’s champion team is guaranteed a place for the following season.

HC Kosice is Slovakia’s most decorated club, with eight national championships, two Czechoslovakian titles, and one IIHF Continental Cup to their name. Founded in 1921, Peter Bondra and Erik Černák are among Oceliari’s noted alumni. Their last title was in 2014-15.

HC Slovan Bratislava was also known as the Sky Blues. The team was founded 101 year ago. However, they did spend seven seasons in KHL and twice lost in the conference quarterfinals.

Team Slovakia enter this year’s Olympic Games ranked ninth in the world, securing their place at the tournament by winning a qualification round back in 2021. They’ve competed at every Olympic tournament since splitting from Czechoslovakia, upsetting Russia in the group stage four years ago.

In addition to their fourth-placed finish in Vancouver, Team Slovakia has also enjoyed top-flight success at the Men’s World Championships. They were crowned champions in 2002 after beating Russia in gold-medal games. The Slovaks finished third the following year. In 2000 and 2012, the Worlds were won by Slovakia twice.

Where Will Slovakia’s Players Come From?

Make no mistake, Slovakia is a nation with a solid reputation for cultivating impressive hockey players – a reputation it absolutely deserves. Like the rest, the Slovaks are hoping to overcome their challenges by partnering with players based mostly in Europe.

As a result, players competing in the Kontinental Hockey League (KHL) will serve as the bedrock of Slovakia’s Olympic roster, with talent from the Swedish Hockey League (SHL), Finish Liiga, Czech Extraliga, Germany’s DEL, and the Swiss National League also likely to play an important role. Slovakia’s Extraliga is another valuable pool of ability that head coach Craig Ramsay will draw upon, with players based elsewhere considered outside bets to make the final roster.

However, Slovakia’s biggest assets heading into the Beijing Games are the elite prospects at Ramsay’s disposal. Right-handed defenceman Šimon Nemec is widely regarded as a top-ten prospect ahead of the 2022 NHL Entry Draft, with left-wingers, Juraj Slafkovský and Filip Mešár also slated to be selected early in the first round.

Of Slovakia’s three highly-touted draft-eligible prospects, Nemec is the standout figure. The 17-year old is an outstanding play driver from the blueline, and impressed during the 2022 World Junior Championship. He’s already a key player for HK Nitra in the Slovakian Extraliga, registering 16 assists in his first 25 appearances of 2021-22.

Mešár was also impressive at the World Juniors. He’s a problem-solving forward who moves the puck tidily and has a high hockey IQ. The 18-year-old has five goals and four assists in 20 appearances in Slovakia’s top-flight this year. He plays for HK Poprad, his boyhood club.

Slafkovský is an altogether different proposition. At 6’4″, the 17-yearold is very strong and can play on any wing. He shoots with his left and, if named on Slovakia’s Olympic roster, will be hoping to improve his draft stock following an underwhelming start to 2021-22.

Team Slovakia will have a contingent of Veterans with NHL fans will know these people. 29-year-old blueliner Martin Marinčin returned to Europe last summer, rising to prominence in Czechia in wake of his impressive performances for HC Ocelari Trinec. Former Boston Bruin Peter Cehlárik will also play a key role; he’s notched 25 points in 39 KHL appearances for Avangard Omsk this term and put up similarly impressive numbers in the SHL in 2020-21.

On the other hand, Libor Hudáček, Ramsay’s likely choice at first-line centre, has spent his entire career in Europe. Although he hasn’t been a prolific scorer since leaving the Czech Extraliga, the 31-year-old knows his way around the international circuit, with six World Championship tournament appearances on his CV.

Team Germany surprised everyone by winning the gold-medal round at Pyeongchang 2018. They beat Canada and the United States, giving Russia, the eventual champs, a tough title challenge. The Germans were unfancied when they arrived at the tournament and relied only on DEL players. However, the Germans went on to shock hockey fans.

Although it’s unlikely that Team Slovakia will repeat Germany’s heroics this time out, Ramsay’s squad has an opportunity to create new history. Only one period separated Slovakia from winning bronze at Vancouver 2012, so a run to this quarter-finals is not something that should be expected.

Luke, a British sports journalist who has won awards for his coverage of the Washington Capitals, is Luke. THW. He is a recent University of Warwick graduate and is currently pursuing a postgraduate degree as Newspaper Journalism at City University of London. To stay up-to-date with Luke’s work, you can find his tweets via @LukeJames_32.