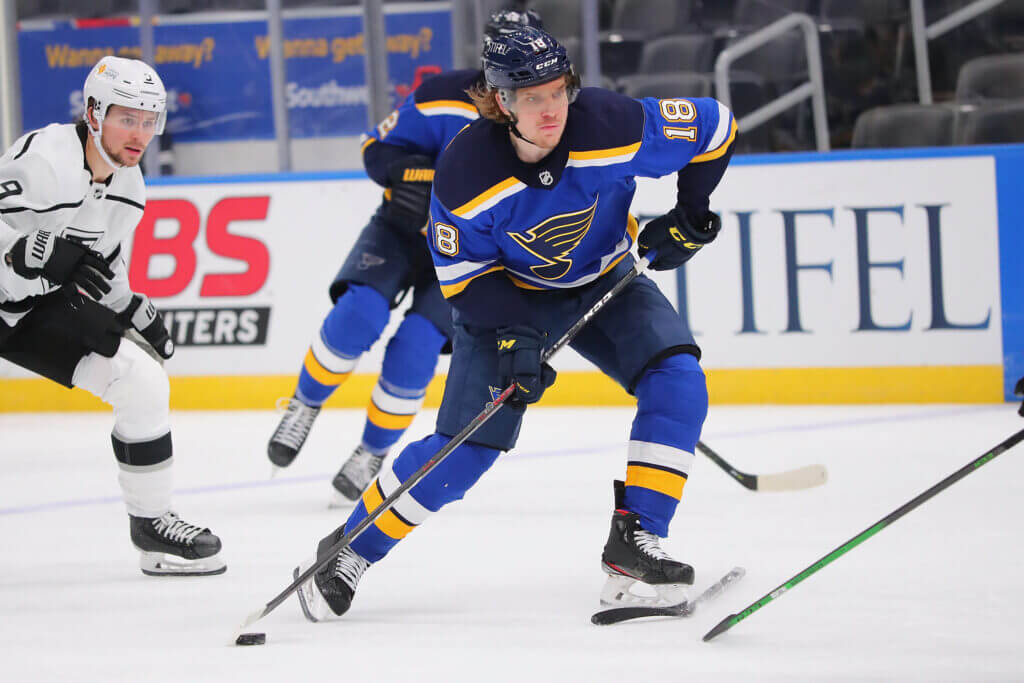 NHL fans cheer and they boo. They cheer for game-winning goals and mock-chant their opponents. They have many creative ways to suggest that referees get glasses.

But for a select few, it’s not enough to vocalize their support or disdain. Visionaries like these bring their emotions to the forefront by bringing strange objects into the arena and launching them onto the ice. Though it often slows down the game, calling for cleaning crews to be deployed, there’s no denying it adds a smidgen more entertainment value for the rest of us.

With that said, let’s count down the top 15 craziest projectiles and oddities to ever hit the ice.

When teams aren’t reaching expectations, fans let them know – usually by booing. In extreme cases, fans may give up their team sweater to self-excommunication.

One fan put their sweater on the ice before the Vancouver Canucks had cleaned their house in 2021 to signify their dissatisfaction with the team’s futility. There have been several instances of this in the past – this was just the most recent example.

This one is well-known to all. You can celebrate a hat-trick by throwing your hat on the ice when a player scores three goals.

This isn’t terribly weird or crazy, but the The origin story of the hat trick is. It didn’t even originate at a hockey game.

“In 1858, bowler H.H. Stephenson, playing for an all-England squad against a team from Hallam, South Yorkshire, took three consecutive wickets at Hyde Park Cricket Grounds in Sheffield — meaning that he hit the wooden stakes behind the batter three consecutive times. A collection was taken up and used to buy a hat that was presented to Stephenson in recognition of his accomplishment.”

At some point, scoring three goals in a hockey game earned the “hat trick” designation, and soon after, hats began to rain down on the ice after such a feat took place.

Fans aren’t the only ones that can express their feelings. In 1991, Los Angeles Kings’ coach Tom Webster was so ticked off at referee Kerry Fraser that he threw a tantrum as well as his players’ sticks at the well-coiffed zebra, javelin-style. Webster was suspended for 12 games due to his handiwork. They were also fined $10,000.

“In handing down this decision, the league wishes to make it clear that there can be no excuse for taking physical actions against any official,” NHL Vice President Brian O’Neill A prepared statement.

You’d think Phil Kessel was involved here, but alas that was not the case. A fan witnessed the Boston Bruins taking on New Jersey Devils during a 2013 game. Hot dog thrownTyler Seguin was taking part in the shootout on the ice.

Referees gave Seguin a mulligan because the projectile had disrupted the shootout attempt. Seguin scored the second round and the Bruins won.

Former Ottawa Senators goalie Andrew Hammond earned the nickname ‘The Hamburglar’ when he went on an incredible 20-1-2 tear to push his team into the playoffs. The nickname was given to the then-27-year-old winning goaltender. A smorgasbord of hamburgersPlace it on the ice

Even though he has never had one, he was a good teammate. Curtis Lazar did, saying. “I was hungry, so why not?” and later tweeting it “could’ve used some ketchup.”

Unsatisfied Toronto Maple Leafs fan, Leggo of Eggo, was seen dumping it on the Air Canada Centre’s ice. Using the Twitter handle “EGGO_BOMBER”, the person who claimed responsibility for the golden pastry had a clear message to the team: Wake up and eat the most important meal of the day!

The Leafs management was not amused and gave the fan a lifetime ban at the Air Canada Centre. He later Notified, “People throw hats when they think they’re playing good. Why can’t we do something to show disapproval for what’s happened over the past 44 years?” (from ‘Leafs not amused by Eggo Bomber’s antics,’ Globe and Mail 12/21/2010)

Robbie Ftorek was a part of 334 NHL games. However, his greatest accomplishments were as a coach for the New Jersey Devils.

Jay Pandolfo was a Devil who raced to nullify an Icing Call. He was then face-first into the boards. The refers gave the game a chance as the Detroit Red Wings claimed possession and scored. Ftorek, outraged, threw a bench onto ice. Ftorek was expelled from the game and then suspended for another. Pandolfo required 84 stitches.

Streakers often take the field—as in grass or turf—not ice. There have been a few streakers in the NHL, however.

Recently, a man was seen in his shorts. Jumped onto the iceDuring the second period of a San Jose Sharks – Calgary Flames contest. While his choice to streak was not smart, his timing was – the ice is usually chewed up and easier to run on after a period ends.

7. There are thousands of Teddy Bears

You won’t get thrown out of the arena for this one. Many minor league and junior hockey teams participate in the Christmas tradition of having fans throw plush Teddy Bears onto the ice. This usually happens after the home team’s first goal.

Once gathered up, they’re donated to needy kids. The Calgary Hitmen have “raised” Over 25,000 Teddy Bears. The tradition may have been started by the Kamloops Blazers during the 1993-1994 season.

As a newcomer to the league in 1998, Nashville didn’t have a history to draw upon. So fans took inspiration from the Red Wings’ use of octopi, and began chucking catfish onto the ice at Bridgestone Arena. This tradition began in 2002 when locals visited their favorite seafood shops to purchase the ray-finned fish, which has whisker-like barbels.

Although not closely associated with Nashville catfish is very popular in the south. Predators fans love to throw them. Especially when they’ve gone through the trouble of wrapping it up, strapped it to their leg or back and getting through security.

5. There are hundreds of plastic rats

Most people are shocked when they see a rat. Not Scott Mellanby. Mellanby shot a rat across the floor that had been found in the Florida Panthers locker room in 1995-96 before the Florida Panthers’ home opener. He then scored two goals that night in a 4-3 win, leading teammate John Vanbiesbrouck to call it the “rat trick” during a post-game interview.

After a Florida goal, a Florida fan threw a plastic rat onto ice at the next Panther game. The luck brought the Panthers good fortune as they reached the Stanley Cup Finals that season. However, they lost to the Colorado Avalanche.

It’s since been banned because it was delaying the game so much. In fact, the NHL amended the rules to allow a team a delay of games penalty for fans who throw stuff on the ice. It is described in section 9, statute 63.4. To prevent getting rat rain on their goalies, they would cover themselves inside their nets.

Fans will use every trick in the book to win over a losing team, including rally caps and superstitions. However, casting a spell is not a new idea.

During a Buffalo Sabres game, a fan threw Magic The Gathering cards on the ice – apparently to spark the hometown team. Full disclosure, he threw his phone and wallet, which resulted in the cards in his wallet being strewn across the ice near the Sabres’ bench. The spell didn’t work – Buffalo still lost the game.

That’s correct – a Live chicken was once hurled onto iceDuring a Los Angeles Kings hockey game. Fortunately, the suspect was caught.

″The chicken was the victim of fowl play,″ police lieutenant Robert Westlake noted after the game. “Apparently he wasn’t happy with how the Kings were playing, which is understandable.”

To revitalize their franchise, the Kings purchased Wayne Gretzky only a few short months later. It is yet to be determined if the chicken made the biggest trade in NHL history.

A San Jose Sharks fan was able to sneak a four-foot leopard Shark into HP Pavilion (now known as the SAP Center) during Game 4 in the Western Conference Semifinals. The animal was then transferred onto the ice.

That’s not exactly something you’d expect to see, even if you’re a fan of the Sharks. What is more, how does someone sneak in a mug? Four-foot shark?

In the Original Six days, it took eight wins for the Stanley Cup to be won. During the 1952 playoffs, it looked like the Red Wings would only need eight wins to win another Stanley Cup.

As a tribute to their favorite team, Detroit seafood store owners ​​Pete and Jerry Cusimano chucked an octopus on the ice – each tentacle representing a win needed to capture the Stanley Cup. And after the Red Wings swept both the Toronto Maple Leafs and Montreal Canadiens to win the 1952 Stanley Cup, perhaps the NHL’s greatest tradition was born.

Since then, hundreds of octopi have hit the ice in Hockeytown thanks to the Cusimano Brothers’ brilliant idea. The majority are tossed at the end of a stoppage and away from any players. It’s also best practice to boil the octopi first, as to not leave residue on the ice.

If you think back to Gordie Howe’s Production Line days, it was quite a surprise to see an octopus on the ice during a Red Wings game. It was a Detroit tradition that had been born, and the fans who were there didn’t know it.

Tony Wolak is based out of Washington D.C. and covers the Detroit Red Wings on THW. Tony is a former college and junior hockey player who has unique insight into Red Wings topics.