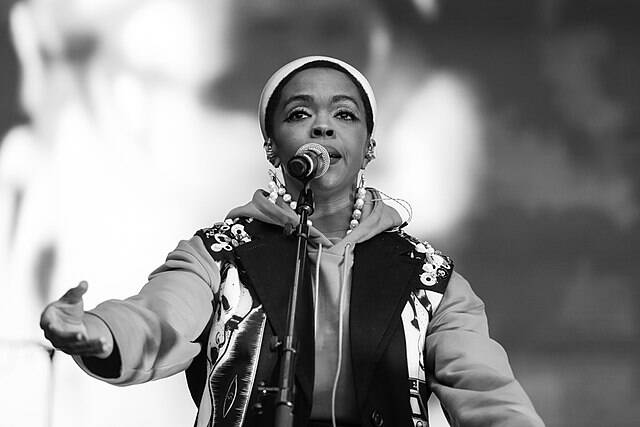 If you’re anything like me, Pope Francis’ recent visit to a record shop in Rome probably has you wondering: What might the vicar of Christ’s Spotify playlist look like? What songs does he listen to while driving his Fiat 500 in white with the windows down Which chart-toppers make him want to dance? Is he able to sing in the shower? He is still human.

Here are my best guesses at Pope Francis’ favorite tunes—a mix-tape for the magisterium, if you will.

The best of Beethoven, Bach, and many other artists

Pope Francis is a great fan of classical music. Pope Francis stated in a 2013 interview that good music should do more than just please the ear. A piece like Mozart’s “Et incarnatus est” from his Mass in C minor “is matchless,” Francis explained. “It lifts you to God.”

Clearly, the bar for meeting the pope’s musical expectations is quite high.

If you’re anything like me, Pope Francis’ recent visit to a record shop in Rome probably has you wondering: What might the vicar of Christ’s Spotify playlist look like?

Besides Mozart, who the pope said “fulfills me,” Francis is also a fan of Beethoven— specifically of his composition, “Leonore Overture No. 3.” The San Francisco Symphony Orchestra’s program notes for the piece explain that the 14-minute-long overture tells the story of Fidelio, a character in Beethoven’s only opera. Although Beethoven ultimately cut the piece, finding that “Leonore Overture No. 3” was too intensely dramatic for the opening of the opera, many of Beethoven’s listeners still consider this version to be the best overture of the four that he composed for the show over the course of various productions. Pope Francis seems to be able to connect to the opera’s music and message by using an undercurrent theme of sacrifice, justice, and struggle.

Other classical favorites of the pope’s include Bach’s aria “Erbarme dich, mein Gott” (“Have mercy Lord, my God, for the sake of my tears”) from the St. Matthew Passion as well as “Der Ring des Nibelungen” and “Parsifal,” both by Wagner.

A tango to remind him home

“The tango is a melody that evokes nostalgia and hope,” Pope Francis has said.

Like Francis, the tango originated at Buenos Aires in Argentina. In the slums of the city, the Spanish tango is said to have intermingled with the more suggestive “milonga” as well as elements of Cuban dance to create the style we know today.

Here are my best guesses at Pope Francis’ favorite tunes—a mix-tape for the magisterium, if you will.

The pope’s vast musical collection, which holds nearly 2,000 CDs and 19 vinyl records, contains the works of the famous tango composer Astor Piazzolla. Piazzolla, like Pope Francis, was often seen as controversial and a man ahead his time. Piazzolla was not afraid to try new things and even invent the “Piazzolla” method. nuevo tango(New Tango) by combining elements in jazz and the tango. We may not know which of Astor Piazzolla’s pieces are the pope’s favorites, but I would recommend “El Desbande,” Piazzolla’s first formal tango, as well as the title track from his most famous album, “Libertango.”

Piazzolla may be listening to works by Azucena Maizani, a great tango singer and composer. Their paths crossed early on in Francis’ path to the papacy, in 1970, just one month after he became a priest. Pope Francis received news that the tango star had fallen ill. In January 1970, he performed the anointing for the sick. I’d like to think that every now and then when the pope is feeling nostalgic for his young life in Argentina, he plays “La Canción de Buenos Aires” in Maizani’s memory.

If the pope owns 1,728 CDs and 25 are by Elvis Presley that would mean 1.5 percent of his music library is sung and mastered by the King Of Rock and Roll. But it’s not “Jailhouse Rock,” “Hound Dog” or even “All Shook Up” that Francis puts on at the end of a long day of papal duties—it is Presley’s gospel music.

Pope Francis might not have the complete collection of Elvis Presley gospel records, but he sure has some special favorites. I’d guess that he likes to listen to “You’ll Never Walk Alone.” The lyrics of this song remind me of An Old tweet of Pope Francis’ that reads, “In the roughest moments, remember: God is our Father; God does not abandon his children.”

If the pope has 1,728 music CDs and 25 of them are by Elvis Presley then 1.5 percent of his music collection is sung and recorded by the King Of Rock and Roll.

I believe that “How Great Thou Art”It may be your favorite. I mean, who doesn’t like this song? Not only is it ranked as one of the most popular hymns of all time, but Elvis Presley’s version even won a Grammy Award for Best Sacred Performance in 1967. If Mozart “lifts” Pope Francis to God, “How Great Thou Art” is sure to at least make his soul sing.

Édith Piaf is one of the most celebrated performers of the 20th century, so it’s no surprise her work has made it into the pope’s personal collection. While it’s not necessary to speak or understand French in order to relate to the emotion conveyed in Piaf’s pieces—Piaf herself was once quoted as saying, “I want to make people cry even when they don’t understand my words”—it probably helps that the pope is multilingual and can converse in Piaf’s native language.

The pope may be married to the church, but that doesn’t mean he can’t appreciate the sweet romance of “La Vie en Rose” just like the rest of us. (I don’t know any French, and this song still makes my heart swoon.) And while he may not be engaged in a romantic type of love, I’m sure that Pope Francis would agree that love from God, family or friends can help us see the world as a brighter place, or through “rose-colored glasses” like the song describes.

The pope may be married to the church, but that doesn’t mean he can’t appreciate the sweet romance of “La Vie en Rose” just like the rest of us.

“Non, je ne regrette rien,” another one of Piaf’s most famous tunes, tells the story of a person letting go of their past in order to live a life of no regrets. The pope just turned 85 this December so it is possible that he is reflecting on his own life. I pray he will do it with no regrets, and with hope for what lies ahead, just like the song says.

Future additions to the pope’s collection?

Pope Francis’ personal music library is expansive, but our readers had some recommendations on new songs the pope may consider adding to his collection.

This is why there are so many music genres and tastes in a universal church. Music is able to unite people regardless of culture, language, and even generational barriers. The breadth of these recommendations represents the many unique individuals who make up the one body of the church under Pope Francis’ leadership.

[Readers can share their own song recommendations in the comments section below.]